Trending
You are at:Home»News and Politics»Jefferson Airplane’s Paul Kantner, Dead at 74 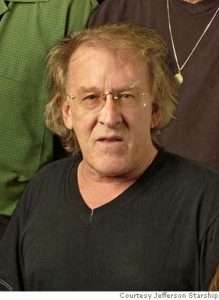 The music world lost a great today. Paul Kantner, a founding member of the Jefferson Airplane, passed away today at the age of 74. Kantner suffered a string of health setbacks over the last few years, including a 2015 heart attack. His publicist and friend, Cynthia Bowman, reported the musician died of multiple organ failure and septic shock.

Kantner was said to have been introduced to marijuana in the late 50s. He was arrested for possession of it in 1969 in Hawaii. He was open about his cannabis use throughout his life, and said in an interview just last year that he still enjoyed smoking a joint.

Kantner, along with Grace Slick, transformed the band into Jefferson Starship in 1974. He left the band in 1985, but started his own version of it in 1991. He maintained an active touring schedule throughout his life, usually touring under some form of the Starship name.