Trending
You are at:Home»Education»Marijuana and Longevity: World’s Oldest Woman Was Daily User 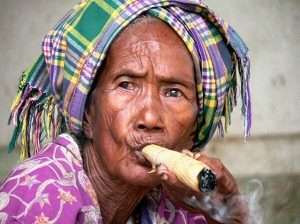 A little-noticed story from back in December, 2006, reported that a 125-year old woman, Fulla Nayak, a resident of a small village near the coast of India, “died of old age.” The story noted that, “She said the reason of her living for so long is smoking Ganja and drinking wine made out of Palm Leaves.”

Most remarkably, a story about her as being one of the oldest women alive in India had been published less than a month earlier on newkeralia.com, an Internet-based news service for the Indian state of Kerala. That story also noted that “Fulla loves to smoke ganja and cigars and take palm juice.”

The newkeralia.com article written on Nov. 14 reported that “According to Narayan Nayak, his grandmother, Fulla Nayak of Kanarpur village in the coastal district of Kendrapada district, is definitely the oldest woman living in the world.” Although her grandson, who is now 76, unequivocally states her age is 125, a voter photo identity card issued by the government in 1995 would put her age at 120 years.

What is so fortunate is that this article was written by a reporter who actually interviewed Nayak. The following excerpt is quite illuminating.

“Fulla has never suffered any debilitating ailment in her long years. All these years, cold and cough have been my worst complaints,” Fulla told Indo-Asian News Service. Except for her weak eyesight, Fulla maintains good health and walks without support.

The grand old woman (two of her four daughters are still alive) lives along with more than two dozen relatives in a small mud-walled thatched house in Kanarpur, about 25 kilometers from the district headquarter. Her eldest daughter, Jamuna, 92, lives in the same village. Her husband died at the age of 50.

She said she has hardly any unfulfilled wishes now. “I want to give more love to my great-great grandson Rajiv if I remain alive for a few more years. Now her only desire is to go to the holy city of Puri to worship Lord Jagannath at the far end of her life.”

The allheadlines.com article, the only media source that reported on her death, did not mention if she ever made it to Puri, but making it to 125 years is practically beyond our ability to comprehend.

This years old and I never heard or saw any mention of it in any media at the time of her not-so-untimely death. If she was a vegetarian or drank goat milk or especially if she went to church and prayed every day, it would have been reported ad nauseam in the mainstream media, but not apparently if she attributes her long life to smoking pot—that would be politically and socially incorrect not to mention that it might upset all the multi-billion dollar advertisers from the alcohol and pharmaceutical companies.

I am sure most of you who are reading this and regularly use cannabis know just how beneficial it is to your health. FULLA LIVED TO 125 AND IN GOOD HEALTH ALL 125 YEARS!!! I don’t doubt that good genes played a major role in that extraordinarily long life, but cannabis could have played a role in it and certainly played a role in her extraordinarily good health for such a long time.

Although this story is just anecdotal evidence of the life-affirming properties of cannabis, an avalanche of medical research in the last decade provides mountains of evidence for the ability of cannabinoids to slow the aging process and delay the onset of cancer as well as cardiovascular and Alzheimer’s diseases.

Dr. Robert Melamede, in his ground-breaking scientific review Cannabis As a Harm Reduction Agent published in the Sept. 22, 2005 issue of the peer-reviewed, evidentiary based Harm Reduction Journal, postulated “that appropriate cannabis use reduces biological harm caused by biochemical imbalances, particularly those that increase in frequency with age.”

Any review of recent scientific publications will list a veritable cornucopia of ailments that cannabis safely and effectively treats. There are many others that conclude that the appropriate use of cannabis promotes and maintains good health. Although cannabis may very well extend one’s life a bit, the importance of cannabis use is that it extends good health throughout your life.

One-hundred-and-twenty-five years is certainly way out of the ordinary, but what was so extraordinary about Mrs. Nayak was not only living 125 years, but the fact that for her entire lifespan, right up to the very end, she “maintains good health and walks without support.” That’s more than genes—that’s cannabis.