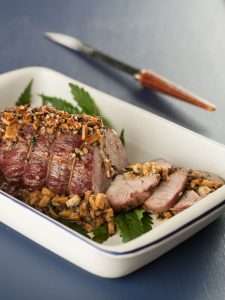 For this feast-like main dish, Scott Durrah mixes a half cup of chopped cannabis fan leaves into stuffing made from walnuts, apples, and raisins. Fan leaves, which are all too often thrown away or composted at harvest, have a stronger, spicier taste than cannabis flowers. They give Scott’s stuffing an earthy undertone that infuses his pork loin as it slow roasts in cannabis butter. (If you don’t have access to fan leaves, you can leave them out or use a green of your choosing; it won’t destroy the dish.) Scott rubs the entire loin with cannabis butter and includes it in the stuffing, adding up to a full cup of butter. The fan leaves add very little THC, so this entrée is just right for eight experienced eaters. People who want more buzz can eat more stuffing; people who don’t can eat less.

If you’re making this for a dinner party, be aware that the pork has to be refrigerated for at least three hours after it’s been rubbed with the butter. Give yourself time.

In addition to the ingredients, you will need the following to make this recipe: 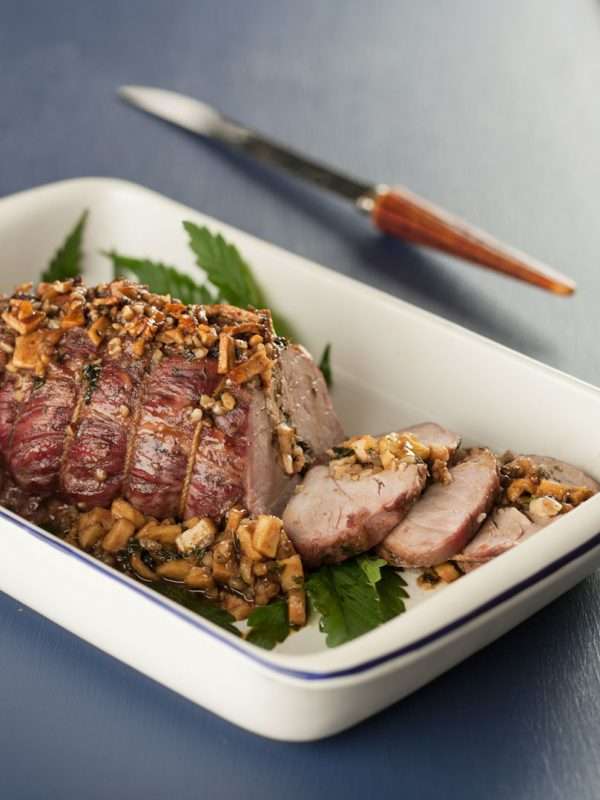 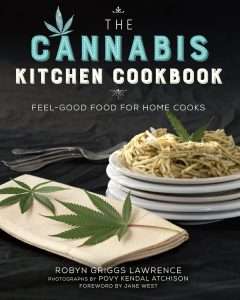 This recipe is reprinted with permission from The Cannabis Kitchen Cookbook (2015, Skyhorse Publishing) by Robyn Griggs Lawrence with photos by Povy Kendal Atchison.

This dose is only a suggestion.  Be sure to read and understand Calculating Cannabis Doses in Edibles before attempting to cook with marijuana.