Trending
You are at:Home»Education»Stoned Drivers: The Truth About Marijuana and Driving 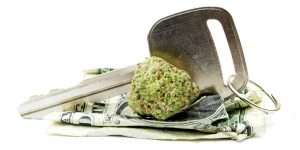 As November and  ballot initiatives to legalize the recreational use of marijuana in various areas of the country draw closer, the rhetoric on the dangers of marijuana and driving will reach a resounding crescendo of death, doom and destruction by those who oppose the initiatives.

The fact is when marijuana is widely and affordably available, the consumption of alcohol will significantly decrease as the consumption of cannabis increases. This will have major implications for the health and safety of the community. Driving is one of them.

Unlike studies relating to the health benefits of marijuana, which have been systematically thwarted by our federal government, driving studies are fairly abundant. The studies all come to pretty much the same conclusion—the use of marijuana does not significantly affect driving ability. In fact some studies actually show an improvement.

Using a double-blind, placebo-controlled clinical trial, a study published in the March issue of Journal of Psychoactive Drugs reported that drivers performed the same after smoking marijuana as they did at baseline on every single task. The only difference found was that “Participants receiving active marijuana decreased their speed more so than those receiving the placebo cigarette during a distracted section of the drive” and “No other changes in driving performance were found.”

Excessive speed is one of the major causes of auto accidents. Since the study found that use of marijuana did not affect any other driving ability, then marijuana, which leads drivers to reduce their speed without interfering with any other measure of driver performance, can potentially reduce the likelihood of having an accident.

The reason drivers drive slower when they use marijuana, according to the study, is “subjects seemed to be aware of their impairment after THC intake and tried to compensate by driving slower.”

Like many other drugs both prescription and over-the-counter, consumption of marijuana does cause changes in one’s motor abilities and the same cautions that would be undertaken when taking any drug must be exercised when using marijuana. Cannabis consumers need to heed the same precautions printed on the little white slips of paper with itsy-bitsy printing included with many over-the-counter medications such as Benadryl or NyQuil that warn “be careful when driving a motor vehicle or operating machinery.”

Marinol is synthetic THC whose properties are identical to natural THC found in marijuana, although many patients find Marinol to be discombobulating. In the Nursing Spectrum Drug Handbook, nurses are advised to “Caution patient to avoid driving and other hazardous activities until he knows how drug affects concentration and alertness.” Once a patient understands how the drug affects him, it’s OK to drive as long as he takes the impairment into account. That is exactly what happens when people use marijuana—they take it into account that they have been consuming cannabis and they drive slower and by driving slower they are less likely to be involved in an accident.

I am not implying that smoking marijuana and driving is OK. Smoking cannabis and driving is not OK and should be discouraged just like driving should be discouraged when taking Benadryl, Zoloft or Ambien. Drivers especially need to recognize that driving after ingesting both cannabis and alcohol can significantly increase their risk of accident above what it would be for alcohol alone.

Marijuana is not alcohol and is not in the same league requiring dire warnings and active law enforcement actions to penalize people who use it. Caution needs to be exercised when cannabis is consumed, but it is not the same as alcohol and those who compare it to alcohol are distorting the truth and falsifying the research. These are the facts so speak up whenever our opponents compare marijuana to alcohol like they are two peas in a pod.