Trending
You are at:Home»Health»Recreational Marijuana: Why We Should Celebrate Its Use

420 has become such a ubiquitous term for marijuana use that there is a special day, international in scope, just to celebrate it—April 20. Whatever the origins of the term, 420 doesn’t just celebrate the use of cannabis, it specifically celebrates recreational marijuana, those who are using it just for the sheer joy it brings.

Unfortunately for those of us who have the intelligence, foresight and chutzpah to use marijuana recreationally, the term has become so inflammatory that even medical-marijuana patients who should know better denounce, in the most stringent of terms, those who use it and are not suffering from any of the myriad ailments for which cannabis provides safe and effective relief.

The opponents of medical marijuana, mainly law enforcement and those on the lunatic fringe of substance abuse treatment, continue to issue dire warnings of the end of civilization as a result of the recreational use of marijuana. They justify their apoplectic visions by intoning that most medicinal use is actually recreational masquerading as medicinal.  Since they have the guns, you can’t blame patients for wanting to distance themselves from recreational users, but still they should know better.

No matter which side of the issue you are on, it is very illuminating that all sides have agreed to use the term recreational when describing the non-medicinal use of marijuana. Webster’s Unabridged Dictionary defines recreational as “providing refreshment in body or mind, as after work, by some form of play, amusement, or relaxation.”

Just what are these recreational uses that anti-harm reduction drug warriors proclaim are so detrimental to the individual as well as to society and the fabric of civilization? 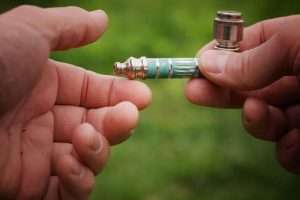 After a hard day’s work, whether ingesting by yourself or joining with friends and passing a joint around, the relaxation and stress relief cannabis provides are some of its most beneficial aspects. Relaxation and stress relief are two of the major reasons people are encouraged to engage in recreation, and that is exactly what happens when cannabis is consumed recreationally.

Of course, some group recreational sport activities can cause confrontation, anger and violence, but more often than not, that happens when participants have been consuming alcohol. By encouraging participants to take a 420 break before the game begins, marijuana’s unique ability to reduce anger formation can help facilitate safe and enjoyable sporting events that, even without alcohol, have a habit of becoming violent.

The benefits of exercise are well known, and many forms of recreation provide good exercise. In fact, a person is often told to choose some form of exercise that they enjoy doing. It only makes sense—if you don’t enjoy doing it, you probably won’t continue doing it. Marijuana can turn any form of exercise, no matter how tedious, into enjoyable recreation.

In 1989, Arnold Schwarzenegger told the Los Angeles Times that he would frequently smoke marijuana before going to the gym. Marijuana is not a performance-enhancing drug, so why would he do that? He did it because marijuana makes the many hours spent lifting weights more enjoyable—it turns the lifting of weights from tedious exercise into pure physical enjoyment.

The skeleton in the medical-marijuana closet is that many patients who use marijuana to treat their ailments also use it recreationally. They may not be in pain or nauseous at a particular moment, but they use it anyway because of the benefits that accrue from its recreational use as well as its medicinal use.

420 Day celebrates the recreational use of marijuana, which is part of an intelligent overall strategy for maintaining good health. Ultimately, 420 Day celebrates freedom and the right of the individual to determine what is in the best interest of their health. That is the bottom line of the recreational use of marijuana, and for some reason that scares a lot of government employees. I wonder if any tea parties will be held on April 20.