Trending
You are at:Home»Lifestyle»Does the Generation Gap Still Exist? 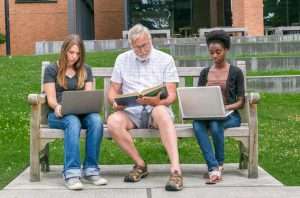 The Generation Gap: Why Today’s Seniors Are Not Our Grandparent’s Grandparents

I’m a Baby Boomer, I grew up in the 60s.  Despite my young age at the time, I remember that turmoiled period well.  The country was embroiled in a massive culture clash of the established norms.  In those days, most of the cultural and societal views were divided along age lines.  It was the status quo versus the “Age of Aquarius” and it was called “The Generation Gap.”

There was not just a generation gap between my parents and myself, there was a canyon! The younger generation of the 60’s were not only out of touch with each other, they were often at odds with one another.  Sometimes it was over serious issues like the Vietnam war and political ideologies, but often it was over cultural issues like hair length, fashion sensibilities, and even the usual cultural unifier, music. These were all bones of contention that separated young and old in the late 50s and throughout the 60s.  Marijuana use, which entered mainstream popular culture at that time provided yet another barrier to multi-generational harmony.

Fast forward fifty years and the lines on those generational boundaries are blurry, if you can find them at all.  Today’s generations have more in common than what divides them, and the generation gap has become barely a pothole.  No longer must people be defined by their age, and their age no longer need determine where their place in society should be.

Most of the children of the 60s morphed into conventional working Americans, but they brought a lot of their values and sensibilities with them.  The independence of the 60’s counter culture infiltrated the public consciousness to such a degree, it became the new status quo.  Most of the intergenerational struggles that existed have now been absorbed into a society who, for the most part, now enjoys the freedom to make choices based on what’s right for them as opposed to the place that society has dictated for them. 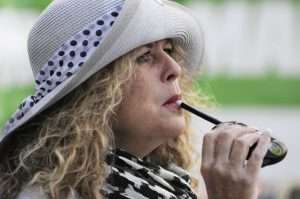 A long haired male used to be scorned and ridiculed, now nobody bats an eye.  Some are even rock stars, celebrities and wealthy international entrepreneurs.   We are much more casual in lifestyle and everyday fashion. Women no longer do the housework and cooking in high heels and June Cleaver dresses, if they ever did, and everyone, not just the “hippies” wear jeans.

Flower children never gave up their music either.  A child of the 60s would never be caught dead listening to his parents records. Today’s kids not only listen to their parents’ and grandparents’ music, they actually seek it out and buy it.

In 2016, for the first time ever, Nielsen ratings report that catalogue sales outpaced sales of new albums for the first time this year.  Rock and roll as a genre outsells all other genres, including hip-hop, R&B, and country.  Even within the lucrative rock and roll genre, classic bands like Pink Floyd, Led Zeppelin and the Eagles account for 60% of album sales.  It’s not unusual for 3 or even 4 generations of family members to share musical selections.  Those kinds of multigenerational musical party play mixes would have never happened in the 60s, even if the participants were magically granted the technological ability to make a playlist.  Which brings me to my next point.

Electronics and the internet also serve to unite rather divide generations.  When most people think of the stereotypical internet user, the picture they conjure in their mind tends to skew young, but the fact is the internet is the top source of information for the over 50 set too.  The web is the top information source for seniors, outpacing TV and print media by substantial margins.  According to DMN3 Marketing, over 90% of 50 and older prefer digital communications, not unlike their millennial counterparts.

Today’s society does have it’s political differences, but they are divided by ideologies not generations.  The political chasms of the 60’s gave rise to an entire cultural revolution.  Those who believe in the need for a new cultural revolution are apt to be fighting side-by-side with the same people who were protesting the Vietnam war in the 60s.

But perhaps the greatest multi-generational unifier of all is cannabis!  In the 60s, you would have been hard pressed to find a young person sitting down for a sesh with his or her parents and/or grandparents. Today, it’s commonplace and in fact the 50 and older crowd, AKA the “Senior Stoners” are the fastest growing demographic among marijuana users.

On a recent 4-20 trip to Denver, we were amazed and pleased to see our hotel filled with multigenerational families who traveled together to celebrate the high holiday in the mile high city.  Each night in the parking lot “smoking tent,” thoughtfully provided by the Doubletree Hotel, we smoked, vaped, and dabbed with adult children and their parents, and in some cases their grandparents. We met families from all over the country, who came together to joyously celebrate the cannabis lifestyle, together!

Ageism Still Exists Despite the Lack of Generation Gap

Yet despite the many ways the generations have melded, ageism has not completely disappeared and some outdated modes of thinking persist.

Without a doubt, employment opportunities severely diminish with age.  Perhaps this is why marketing gurus have been slow to catch up as well.  These “experts” are missing the bigger picture as boomers have greater spending power and larger discretionary incomes than the younger generations.

Conventional advertising wisdom used to hold that once a person reached forty they were set in their habits.  However, a recent AARP survey reported that a whopping 82% of seniors are open to trying new brands.  The same survey reported that 47% say that stereotypes of their generation are inaccurate.  So even when it comes to consumerism, the generations tend to have more in common than conventional wisdom holds.

Are there differences between a 20-something and 60-something?  Without a doubt.  Different stages of life make for different priorities.  But at no point in our history have those differences been so unpredictable or so subtle.  At no point have multiple generations been more likely to find common ground.  There are plenty of older folks who can’t wait for the new iPhone to come out.  They are just patient enough to wait few days after it drops.

The seeds sown during the summer of love have indeed blossomed into a better, more equal, more accepting society for all, despite the challenges and obstacles we still face.  Not perfect to be sure, but closer than we were then.