Trending
You are at:Home»Lifestyle»Entertainment»Seniors and Marijuana: The Nightly Show Takes on the Topic 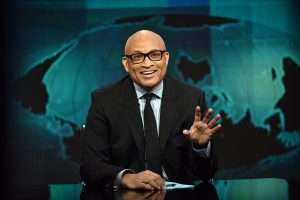 Last week CBS This Morning did a segment on seniors  and marijuana, namely that they are the fastest growing demographic among marijuana users (something we here at Senior Stoner already knew).  That coverage prompted Larry Wilmore, host of Comedy Central’s The Nightly Show, to devote almost an entire show to the subject of seniors and marijuana.

Aside from a couple of hack jokes, the coverage was overwhelmingly positive, especially from the always hilarious Mike Yard, who had some refreshingly enlightened and educated positions on cannabis.

Bravo to The Nightly Show!  Check it out.

Mitch Mandell is the publisher of Senior Stoner, a partner in Z-Dog Media, and a long time cannabis enthusiast and cultivator. Prior to entering the world of publishing, he had a long career in advertising, working for some of the country's top agencies.