Trending
You are at:Home»Lifestyle»Entertainment»Marijuana on TV — 3 Shows Starring Mary Jane 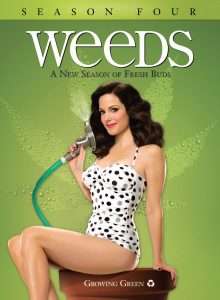 To be sure the number of television shows that make marijuana the primary or even secondary focus number far fewer than the many theatrical movies that do so.  Here are three notable comedic exceptions to the rule.

Showtime’s series starring Mary Louise Parker as a suburban housewife who turns to dealing marijuana to make ends meet after the death of her husband made a lot of strange turns over its lifetime.  Sometimes it almost lost site of Mary Jane completely. A lot of what it did portray of the cannabis world bore little to no resemblance to reality. Nonetheless, the plot always eventually came back around to marijuana in one way or another and it was always entertaining, largely due to a strong supporting cast that included Kevin Nealon and Elizabeth Perkins. 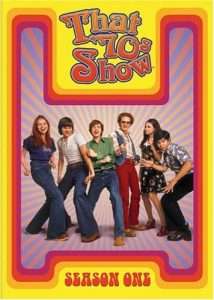 Marijuana on TV: That 70s Show

While you don’t actually see the characters use marijuana, this Fox sitcom about a group of 1970s era Midwest teenagers usually began and ended with the gang philosophizing in Eric Forman’s smoke filled basement. That 70s Show had a long run and made stars out of Ashton Kutcher, Mila Kunis, Laura Prepon, Topher Grace, Danny Masterson, and Wilmer Valderrama.

In another nod to ganja, senior stoner Tommy Chong, essentially playing an only slightly toned down version of his Cheech and Chong character, became a prominent character on the show.  At first Chong’s character, Leo,  who owned the “Foto Hut” where Danny Masterson’s character worked, appeared in short guest spots.  But as Leo’s popularity took off, he quickly become more integral to the show’s plot lines. 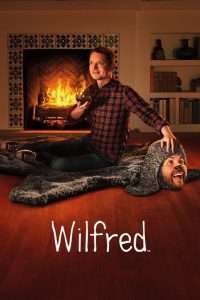 In the American version of Jason Gann’s Australian series of the same name, manic depressive Ryan, portrayed by Elijah Wood, strikes up a friendship with his neighbor’s dog, played by Gann in a dog suit and make up. It sounds weird, but it works largely due to Gann’s portrayal of the brash, manipulative WIlfred, which is perfect counterfoil to Wood’s insecure, depressive Ryan.  What makes Wilfred’s character so funny is is every time you are about to forget he is a dog, he does something so outrageously canine, that you have to laugh.

Ryan and Wilfred have actual deep conversations, which usually take place while smoking LOTS of marijuana together.  While Wilfred always makes Ryan push his boundaries, he invariably ends up getting him into lots of trouble too.

Whether Wilfred is real or a figment of Ryan’s imagination you’ll have to decide for yourself by tuning into the FX series.