Trending
You are at:Home»Lifestyle»Entertainment»Is 710 the New 420? 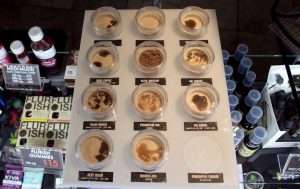 Almost anyone with even a casual knowledge of cannabis culture knows about the famous stoner holiday 420. With each year the day gains greater and greater news coverage to the point where even if you have never, ever tried marijuana, you know there is something happening about it in late April.

But did you know there is another “stoner holiday” that takes place on July 10?

7-10 celebrates cannabis concentrates. Why 710? Because if you look at the numbers upside-down they spell OIL.

One annual Southern California event, Chalice, has been championing the 710 celebration for the last several years and this fabulous festival seems to get bigger and better each time. Despite blistering San Bernardino County July heat, concentrates enthusiasts gather to sample some of the best hash and hash oils available as well as celebrate the incredible functional glass art that accompanies it.

While many festivals offer great marijuana along with first rate musical acts, it is the glass that sets Chalice apart. Attendees can watch some of the country’s finest glass artists, gathered together in one place, all practicing their art, in a fun festival atmosphere.  The focus is not surprising, as the event was founded by the people behind Hitman Glass. 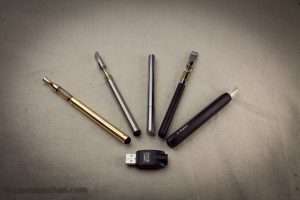 A variety of vape pens filled with cannabis concentrate oil

To be sure it will take a while for the popularity of 710 to catch up with 420. One of our favorite stoner games over the years has been to spot the number 420 subtly inserted into movies and television shows. Up until about 2 years ago you could frequently see 420 on hotel room or apartment doors, or on clocks in the background of a scene would just happen to be stuck on 420, character would set appointment times at 4:20 an a host of other instances. But that was before the April cannabis celebration turned into such a worldwide phenomenon. With so many people hip to number, you rarely see it anymore – although we have seen 421, 425, etc.

We can’t say we have seen similar references to 710…yet. When we do start noticing the number 710 popping up in pop culture, you can be sure the newest stoner holiday is reaching critical mass.