Trending
You are at:Home»Education»How To Reduce Health Care Costs While Creating Healthier Communities 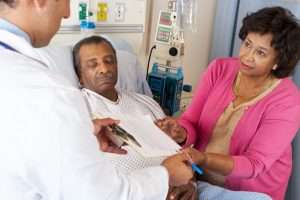 How to reduce health care costs?  As a nurse, I provide patients with advice based on sound scientific research on a variety of health issues. As a nurse, I do not offer advice on health issues based on my political affiliations or economic philosophy. I may offer advice on political issues based on my own personal observations, but I do that as Lanny Swerdlow, concerned citizen, not as Lanny Swerdlow, R.N.

The issue of marijuana prohibition is not just one of politics, but crosses deeply into the territory of health and I write here as an R.N.

America and the world have suffered through the last 70 years with marijuana prohibition. It has cost hundreds of billions of dollars, resulted in embroiling millions of Americans in the criminal justice system, been responsible for untold number of murders and violent crimes and has removed from our nation’s medicine and parlor cabinets the safest medical and recreational substance known to humanity.  Ending marijuana prohibition is all about the health and safety of our families and the communities in which we live.

The fact that after our nation’s experiment with alcohol prohibition ended, alcohol consumption only marginally increased is used by proponents of legalization to buttress their claim that consumption of marijuana would also only marginally increase. I beg to differ. I believe and sincerely hope that cannabis use will skyrocket when marijuana becomes easily obtainable as the increase in cannabis consumption will be directly proportional to the decrease in alcohol consumption.

And that is a good thing—a very, very good thing.

When I was working as a nurse in the cardiac wings of hospitals, about one-fourth of my patients were there with problems with their heart due directly to their use of alcohol, usually from deteriorating heart muscle. I have worked in med-surge wings where I took care of patients with cirrhosis of the liver, pancreatitis and their brains rotting from alcohol.

Our hospitals are overflowing with patients whose health problems stem directly from their use of alcohol, but the whole time I worked in hospitals, I never had one patient—and never did any other nurse I ever worked with have one patient—who was there because of any disease associated with the use of marijuana—NOT ONE!!!

Let’s get over this zero-tolerance baloney and recognize that humans like to party and they like to alter their senses. We have been doing this for so long there is probably a genetic component to it. In comparison to alcohol or any other intoxicant, cannabis is an infinitely safer way to alter our senses and party with our friends and family.

Alcohol producers are well aware of the potential for marijuana to decrease the consumption of alcohol and will be funneling millions of dollars to defeat legalization efforts through their tax-deductible shill, Mothers Against Drunk Driving. They are very cognizant that their bottom line will hemorrhage billions and billions of dollars from lost alcohol sales if people are allowed a choice.

How significant depends on how much alcohol use decreases, but even just a 10 percent decrease will result in savings approaching $20 billion a year, not to mention tens of thousands of healthier Americans. Ten percent is an ultra-conservative estimate as alcohol use could easily decrease by 50 percent or more if the health care community undertakes an educational campaign to get people to stop drinking alcohol and use cannabis instead.