Trending
You are at:Home»Education»Medical Marijuana: It’s Not JUST for Seniors

The favorite straw men and women of the opponents of medicinal marijuana are patients in their 20s and 30s. These reefer madness drug warriors beat their breasts exclaiming the horrors of marijuana use by healthy young people, the use of which clearly demonstrates that the voters were duped by their compassion when they voted for for it in the first place. 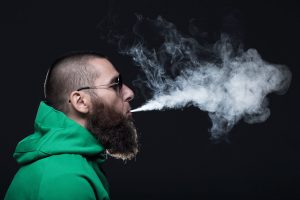 Cannabis is very beneficial for treating ailments that particularly affect young people. One of the most important is stemming alcohol use. It is estimated by the Substance Abuse and Mental Health Services Administration that in any given year 12 percent to 15 percent of 18- to 25-year-olds develop serious drinking problems. In a society that is permeated with social occasions promoting the use of alcohol, it becomes a health imperative to offer a safer alternative. Cannabis is that safer alternative—a far safer alternative. If a young person has problems with alcohol, the use of cannabis can have a significant impact on helping that person refrain from alcohol consumption, not to mention keeping millions of others from developing a drinking problem in the first place.

Another problem affecting many young people is insomnia. Studies have shown that 10 percent of people under 40 suffer from insomnia. Insomnia is a major health problem causing over $100 billion annually in lost productivity as well being a causative factor in the development of other illnesses. If young people do not get a good night’s sleep, their thinking ability and reaction times will be negatively impacted.

Over $3 billion is spent annually on insomnia medications like Ambien and Lunestra. Cannabis is far superior to almost all medications out there with absolutely none of the negative side effects found in medications for insomnia.

Anxiety and depression affects over 20 million 18- to 54-year old Americans. For some reason it’s okay to load people up with all sorts of anti-anxiety, anti-psychotic medications from Abilify to Zoloft even though their all too common debilitating side effects can lead to weight gain, lethargy, suicidal idealizations and death. Cannabis, which has none of these debilitating side effects, is the ideal choice for people of all ages.

Post Traumatic Stress Disorder is another disorder that can be treated with cannabis. The Rand Corporation estimates that PTSD is found in almost 20 percent of young soldiers returning from Afghanistan and Iraq. Evidentiary based, peer reviewed research—plus mountains of anecdotal evidence from many veterans—have shown that cannabis is one of the most effective, if not the most effective treatment for PTSD.

Many young people also suffer accidents, sports injuries and ailments that cause pain and there is no reason why they should be forced to take Vicodin and Percocet instead of marijuana just because they are under 40. Not only does marijuana safely and effectively help relieve the pain, but it has none of the constipating, liver destroying side effects that are so commonly associated with prescription painkillers.

Marijuana use is increasing amongst young people. With the increased use of marijuana comes a decrease in the use of alcohol and prescription pharmaceuticals. The next time you see a young person going into a collective to obtain marijuana or at a doctor’s office to obtain a recommendation, recognize that most of our laws did not put any age limits on the use of cannabis for medical and health reasons and that is a very good thing.