Trending
You are at:Home»Education»The Truth About Marijuana Smoking and Cancer 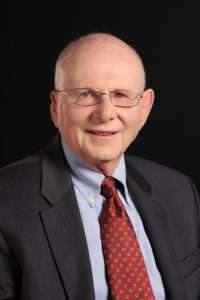 Dr. Donald Tashkin is a widely published pulmonologist who for three decades has conducted investigations for the National Institute of Drug Abuse and other government agencies on the adverse effects of marijuana and other drugs on the human body.

Studies conducted by Dr. Tashkin in 1990 found that marijuana smoke has almost the exact same carcinogens (cancer-causing agents) as tobacco smoke and that the concentration of these carcinogens was exceedingly higher in marijuana smoke. These studies are the basis for the government’s warning in thousands of ads that smoking one marijuana joint does as much damage as smoking four cigarettes.

Since it is well documented that the carcinogens in tobacco smoke are directly responsible for the development of lung cancer in tobacco smokers, government marijuana prohibitionists reasoned that marijuana smoke must also cause lung cancer because it contains even stronger concentrations of these cancer-causing agents.

To document a connection between marijuana smoking and cancer, Dr. Tashkin received a very large grant from the National Institute of Drug Abuse. With over 2,200 subjects, the research was one of the largest case control studies of its kind ever!  The government was horrified at the results and did its best to ignore them.

Dr. Tashkin failed to find any link between smoking marijuana and the development of lung cancer. In almost every category studied, a person was no more likely to develop lung cancer if they smoked marijuana than if they didn’t smoke marijuana.

How can that be? The marijuana smokers should be developing lung cancer at a significantly higher rate than the non-smokers because they are taking carcinogenic agents into their lungs and the non-smokers are not. What is going on here?

Dr. Tashkin’s study offers some evidence of what might be happening. In all the groups studied, the smoker of marijuana was no more likely to develop lung cancer than the non-smoker – save for one group in which there was a small, but still statistically significant difference. This was the group of people who only smoked marijuana and nothing else compared to people who did not smoke anything at all.

In this group of people the smokers of marijuana actually had a lower incidence of lung cancer than the people who did not smoke anything at all.

This makes no sense. How can people who are taking carcinogens directly into their lungs have a lower incidence of lung cancer than people who are not? It makes no sense — unless perhaps the cannabinoids found in cannabis are such powerful anti-cancer agents that they can prevent the development of cancers even in the presence of cancer-causing agents.

Does Dr. Tashkin’s study prove that marijuana smoking and cannabis prevention are irrefutably connected? No, it does not. But there is a lot of scientific evidence out there that appears to show they are.

In 2003, Dr. Manual Guzman from the University of Madrid authored a medically astounding report detailing current research into the ability of the cannabinoids in cannabis to control the spread of cancer. He included the results of his studies on cannabinoids injected into the brains of rats with brain tumors. Published in the peer-reviewed research publication Nature Reviews Cancer, he wrote:

Cannabinoids inhibit tumor growth in laboratory animals. They do so by modulating key cell-signaling pathways, thereby inducing direct growth arrest and death of tumor cells, as well as by inhibiting tumor angiogenesis and metastasis. Cannabinoids are selective antitumor compounds, as they can kill tumor cells without affecting their non-transformed counterparts.

The cannabinoids found in cannabis can not only slow the growth of tumors, they can actually selectively kill cancer cells. This is amazing! There are lots of anti-cancer drugs available that are very good at killing cancerous cells. The problem with all of them is that they are also very good at killing all the other cells around them.

Cannabis, on the other hand, can selectively kill only the cancer cells and leave all the unaffected cells alone and does it without the generalized toxic effects of conventional chemotherapies.

Dr. Tashkin’s and Dr. Guzman’s investigations are part of a virtual cascade of recent research documenting the anti-cancer properties of the cannabinoids found in cannabis.

In November 2007, researchers at the California Pacific Medical Center Research Institute published a report showing that the non-psychoactive cannabinoid cannabidiol (CBD) found in cannabis can inhibit the spread of breast cancer.

Is the evidence incontrovertible that cannabis can inhibit the spread of cancer, kill cancer cells and prevent the development of cancer? No, it is not – but people are spending billions of dollars and ingesting all kinds of supplements on way less evidence then there is to support the anti-cancer properties of cannabis.

When taking any kind of medicine or supplement, a person needs to decide if the claimed benefits of a product outweigh the risks. Many times the answer is no because many medicines and even supplements sold over the counter have significant debilitating and even deadly side effects.

Cannabis, however, is not one of these products, as there has never been a single death or any other significant debilitating consequences attributed to cannabis. Further, the vast majority of cannabis users report numerous beneficial effects of taking cannabis including stress reduction, insomnia relief, and a general feeling of well being.

Since cannabis has no negative side effects and only beneficial effects for the vast majority of people, it would seem that the regular appropriate ingestion of cannabis as a cancer preventative agent would be a prudent course of action.