Trending
You are at:Home»Education»Gateway Drug? Wrong! Marijuana Is the Exit Drug 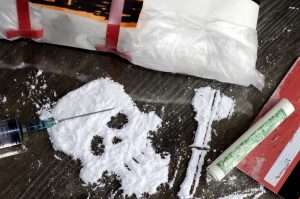 While some studies have found that a small percentage of the general population that uses cannabis may develop a dependence on this substance, a growing body of research on cannabis-related substitution suggests that for many patients cannabis is not only an effective medicine, but also a potential exit drug to problematic substance abuse.

For those still accepting of reefer madness based science, this conclusion undermines both their veracity and claimed compassion. The study, Cannabis Is A Potential Exit Drug To Problematic Substance Use was published in the November 2009 journal Addiction Research and Theory by seven addiction treatment specialists.

Note the use of the words “exit drug” in the title and the highlighted words in the conclusion of the article. For the millions of people who have drug addiction problems, whether it is a legal drug like alcohol or Valium or an illegal drug like cocaine or meth, cannabis is indeed an “exit drug” successfully helping them overcome the drug use that is destroying their life.

The study notes there are a few people that shouldn’t be using cannabis, but the important and critical conclusion of the study is that a significantly larger number of people should be using cannabis.

Famed Harvard School of Medicine researcher Dr. Lester Grinspoon has promoted the idea that “treating addiction to substances such as heroin, methadone, alcohol, tobacco, and other drugs with a non-addictive, nontoxic alternative is an effective therapy for some recovering addicts.” The non-toxic alternative, i.e. exit drug Dr. Grinspoon is referring to is marijuana.

The myth that marijuana is a gateway drug and leads to the use of other debilitating substances is par for the course for the scare fabrications of the 1930s era male prohibitionist claque of rich industrialists and power hungry cops. Before then no one saw it as a gateway drug. Although cannabis wasn’t seen as an exit drug then, that’s exactly what it was used for by hundreds of thousands of Americans every day.

Marijuana as an “exit drug” is not a new concept. In his groundbreaking 1969 book Marijuana in Medicine, Dr. Tod Mikuriya wrote of earlier research on the use of marijuana to treat drug addictions.

Because cannabis did not lead to physical dependence, it was found to be superior to the opiates for a number of therapeutic purposes. Birch, in 1889, reported success in treating opiate and chloral addiction with cannabis, and Mattison in 1891 recommended its use to the young physician, comparing it favorably with the opiates.

In 1902, pioneer researcher Thomas Crothers wrote in his treatise Morphinism and Narocomanias from other Drugs that for treating morphinism (morphine addiction):

Cannabis indica can often be used with very good effect especially for the temporary removal of the worst systems.

There are a plethora of recent studies documenting the use of cannabis for the treatment of addiction. Marijuana Users in Substance Abuse Treatment, a 2010 study published in the Harm Reduction Journal found cannabis use does not interfere with success in drug treatment programs and may actually aid in the success.

Cannabis as a Substitute for Alcohol and Other Drugs by Amanda Reiman of the School of Social Welfare at the University of California, Berkeley and published in the December 2009 issue ofHarm Reduction investigated the use of marijuana by patients of a San Francisco based medical marijuana collective. The not-so-startling finding was that “Medical cannabis patients have been engaging in substitution by using cannabis as an alternative to alcohol, prescription and illicit drugs.”

Addiction to one drug or another is a major calamity to this nation, costing hundreds of billions of dollars in health care costs alone. The use of cannabis as an Exit Drug may plausibly be argued as its most important use not just for the individual but for the health of the entire community.  Along with its documented stress reducing, cancer suppressing and sleep inducing properties, cannabis is not only a benign substitute for alcohol and other drugs, it is an enjoyable health restoring alternative.