Trending
You are at:Home»Food»Scared of Marijuana Edibles? Read This! 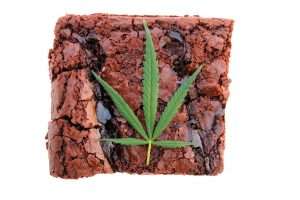 In March 2014, a 19-year-old male consumed a small portion of a cannabis-infused cookie. Feeling no effects after 30 minutes, he consumed the entire cookie. From Washington D.C. to Los Angeles, print, broadcast and cable news reported that a short while later, he jumped off a balcony and fell four stories to his death.

While researching a story on Colorado’s recently enacted cannabis legalization law, New York Times columnist, Maureen Dowd, ate too much of a cannabis-infused brownie, had a bad trip and millions read about it.

Children eating a cannabis edible is the most sensational of all even though most children who get hold of one of mommy or daddy’s edibles will not have any problems other than getting temporarily disoriented—kind of akin to going round and round on a playground merry-go-round.

Like adults, if kids consume too much, they may get very disoriented resulting in an emergency room visit. These visits often serve more to assuage adult fears than provide medical treatment to the child. If treatment is needed, the child is provided appropriate observation and medication and goes home.

No child has died from eating a cannabis edible, yet the media has made cannabis edibles into a major health calamity, even though the number and severity of problems from cannabis edibles fade into insignificance compared to the deaths and hospitalizations of children and adults from either alcohol, pharmaceuticals or caffeine.

That being said, it must be acknowledged that a person can overdose on a cannabis edible—not lethally, but until the overdose wears off, the symptoms can be very disconcerting and uncomfortable.

How Marijuana Edibles Work in the Body

As compared to inhaling, cannabis that is orally ingested produces a significantly different effect that lasts considerably longer and is potentially more potent. When inhaled, cannabis’ psychoactive ingredient, delta-9-THC, goes directly to the brain, producing effects within a few minutes. Ingesting orally is an entirely different body ball game.

Cannabis consumed orally is metabolized in the digestive system. When the delta-9-THC passes through the liver it is transformed to 11-hydroxy-THC. This new metabolite is significantly more potent then delta-9-THC producing effects of more intensity and longer duration. This secondary metabolite is not produced when smoked and is the reason why eating cannabis can get a person more zonked.

How cannabis edibles effects a person depends on their unique biochemistry, genetics, body mass and life experiences. This is something that can only be determined by trial and error. Although an error is not dangerous, it can be very uncomfortable. A person ingesting a cannabis edible for the first time should only consume a small portion and then wait at least one hour to determine its effect before consuming any more.

Another variable is the timing of the onset of the effect. When inhaled, these effects are experienced in minutes and decline rapidly over the next half-hour. Inhaling allows consumers to quickly determine the effect and titrate the amount accordingly.

Not so with edibles. Due to the length of time it takes to be absorb in the digestive system, cannabis edibles can take 30 minutes or more before being felt and take up to two hours to peak. Complicating the matter, the length of time of onset of a cannabis edible can be considerably longer if an edible is consumed after a heavy meal. In either case, a new user may conclude they have not eaten enough and eat more of the edible, leading to an overdose. 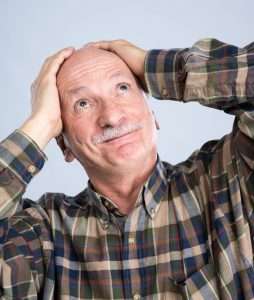 Accurate dosing is critical in edibles. Without lab testing, it is next to impossible to gauge potency of homemade edibles, which can lead to an overdose. Although commercially-produced edibles usually have their potency listed on their labels, studies have shown the potency to be inaccurate in many products. Usually they are less potent than listed so that will lessen the chance of an overdose, but significantly higher concentrations have also been found.

There are other variables such as a person’s own metabolic processes which can affect the length of time for digestion and absorption to occur. All of this means caution must be exercised when first consuming edibles if an unpleasant experience is to be avoided.

“If you want to have better control over the onset, depth and duration, it is better to inhale whether smoked or vaporized,” advises Dr. Donald Abrams, cancer and integrative medicine specialist at the UCSF Osher Center for Integrative Medicine and a leading researcher into the therapeutic uses of cannabis for AIDS and cancer patients.

Dr. Robert Melamede, retired Professor of Molecular Biology from the University of Colorado and author of the ground breaking study Harm Reduction – the Cannabis Paradox, is a veteran cannabis edible consumer. “I actually prefer the oral route. It’s a different kind of a high. When you smoke it goes right to your head and kind of hits your head in an imbalanced way. Not to say that I don’t enjoy that as well, but it goes up and comes down quick. When you eat an edible you can stay in a nice place longer.”

Marijuana Edibles: When to Eat Versus When to Inhale

The decision whether to inhale or ingest centers on why cannabis is used. If being used for seizures or feeling nauseous, time is of the essence, so inhaling would be most appropriate. For chronic conditions like arthritis, oral ingestion would allow the anti-inflammatory properties of cannabis to provide relief over an extended time period.

For getting a good night’s sleep, many people give edibles an edge. Although edibles may take a bit longer to kick in, its longer lasting effects provide a night’s sleep less likely to be interrupted by waking up.

Ingestion of edibles is a viable means for obtaining the benefits of cannabis and many people will find it an enjoyable and effective route of administration. The bottom line is that with cannabis edibles, a person cannot self-titrate as easily or as quickly as when smoking or vaporizing, but with care and common sense, the likelihood of going from euphoria to dysphoria can be significantly reduced.