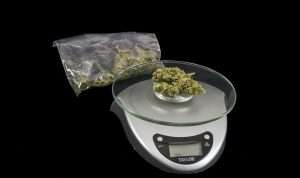 Note: This is a very basic guideline to marijuana cooking dosages in edibles. More detailed information can be found in The Cannabis Gourmet Cookbook by Cheri Sicard, available from your favorite bookseller.

Figuring out proper marijuana cooking dosages is perhaps the trickiest part of cannabis cooking, as it is definitely NOT a one-size fits all proposition.  The range between what is an appropriate amount for one person as opposed to another is astounding.  The 10 mg doses that are the max allowed in Colorado, for instance, may be fine for some, but others will feel nothing from such an amount.  Conversely, the dosage a regular user with a high tolerance consumes would be enough to put many folks under the table.

It is impossible for any recipe writer to make an across the board recommendation for the amount of cannabis a given dish needs to be effective.  Far too many variables come into play.  It is important for the cook to always understand that the amount of cannabis listed in the ingredient section of any recipe is only a recommendation that is to be used as a rough guideline.

Before you can determine exactly how much marijuana to use in cooking, there are some important key points that need to be understood: 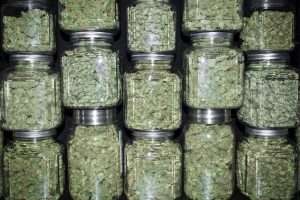 The following chart will give a dose range for using leaf/trim, bud, and concentrates.  There is a large range, as you can see.  This is because each strain is different, containing a different mix of cannabinoids in varying strengths.  The dosage range for concentrates is even wider.

I will stress again that the information below is a very general guideline that needs to be weighed against the factors covered above when determining the amount of cannabis to use in your recipes.  The amounts are suggested for a person of about 150 pounds.  Try to determine an amount that seems reasonable for your needs, taking into account the strength of the plant material used and the factors listed above.  When you’ve finished cooking, eat a small amount and wait in order to test the strength of a given batch of edibles.

What if the Dose is Too High?

Getting too strong a dose is a common problem, especially with people who are new to using edible marijuana.  In fact, there is no easier way to get too much marijuana than by eating it.  Because it can take an hour and a half or more for the medicine to take effect (two to three hours if you didn’t take it on an empty stomach), some people think it’s not working and eat more.  By the time it all kicks in they realize they’ve over done it.

If this happens to you or someone you know, first and foremost, do not panic!  It is impossible to ingest a toxic dose of marijuana.  Don’t take my word for it.  Here’s what the World Health Organization had to say on the subject:

“There are no recorded cases of overdose fatalities attributed to cannabis, and the estimated lethal dose for humans extrapolated from animal studies is so high that it cannot be achieved by users.”

So overdosing on marijuana will not kill you.  It just does not work that way in the body. It does not slow your respiratory system or cause organ failure even in extreme doses.  So calm down.  You don’t need to worry about those things.

That said, it is definitely possible to ingest more marijuana than you need or want.  When this happens you may have feelings of uneasiness, anxiety, or even paranoia.  You might also feel dizzy, groggy, nauseous, or get chills.  Your coordination might be effected and likewise you may have trouble talking clearly and could lose your balance when walking.  Some people experience heart rate acceleration, which can further increase the anxiety.

It goes without saying you should not be driving or operating heavy machinery.  The most common real danger in over medicating comes in the form of falls or accidents related to impairment of motor skills.  Likewise you should especially exercise caution and consult your cannabis physician if you have a medical condition that already causes any of the symptoms listed above.  You wouldn’t want to dismiss serious signals your body is sending because you attributed them to over medicating on marijuana.

The best remedy for ingesting too much cannabis is to simply sleep it off.  The peak of the effects should take place about an hour after you begin to notice them and then begin to dissipate after that.  It’s common to feel anxious or hyper active in the first hour, before becoming tired afterwards.   Lie down, go to sleep, and when you wake up a few hours later it will all be over.    Unlike indulging in too much alcohol, you won’t even have to deal with a hangover.

Should you discover a given batch of any recipe is stronger than you want it to be, don’t discard it!  The remedy is simple, consume a smaller portion next time in order to adjust the dosage downward.