Trending
You are at:Home»Education»Margaret Mead and Marijuana 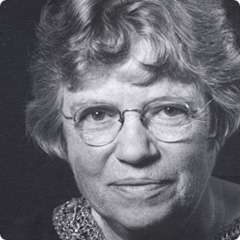 Margaret Mead was the most famous anthropologist in the world, and her books like Coming of Age in Samoa helped bring about the sexual revolution of the 1960s.
Mead taught at a number of institutions, authored some twenty books and co-authored an equal number. She served as president of the American Anthropological Association and the American Association for the Advancement of Science, and she received 28 honorary doctorates.
Mead testified before Congress in favor of the legalization of marijuana on October 27, 1969, and she told Newsweek in 1970 that she had tried it once herself. In her testimony, she said, “It is my considered opinion at present that marihuana is not harmful unless it is taken in enormous and excessive amounts. I believe that we are damaging this country, damaging our law, our whole law enforcement situation, damaging the trust between the older people and younger people by its prohibition, and this is far more serious than any damage that might be done to a few overusers, because you can get damage from any kind of overuse.”
“We occasionally find a society that will reject anything that leads to any kind of ecstatic state or of people ever getting outside of themselves,” she continued. “But in general man has sought for ways of changing his moods, of making it possible for him to work longer than he could, to stay up longer than he could, to get through a meeting or a tremendous bout of work better than he could have otherwise….In the West Indies, people smoke marihuana to get through a hard day’s work and after they have done the hard day’s work they smoke another bit of marihuana to relax and enjoy the evening.”
Among her many accolades, Mead was awarded the Presidential Medal of Freedom following her death in 1978. 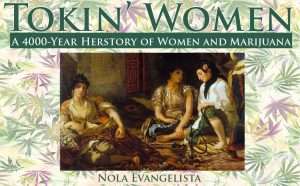 This article is excerpted from Tokin’ Women: A 4000-Year Herstory by activist and author Ellen Komp (aka Nola Evangelista). Margaret Mead is one of 50 fascinating 420-friendly females, both mythical and actual, profiled in its pages.