Trending
You are at:Home»Education»What To Do After Eating Too Much Marijuana

“I can’t believe I ate the whole thing.” 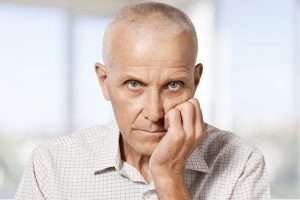 The words above, from a famous 1970s Alka-Seltzer commercial, might today be uttered by someone who has consumed too much (or too many) marijuana edibles.

While Ralph was suffering from indigestion, the cannabis consumer might be feeling dizzy or disoriented, they might even feel nauseous, and could feel anxious or paranoid. Differences in symptoms aside, the two conditions share some similarities. Both feel mighty uncomfortable while they are happening, and neither is particularly dangerous in either the short or long terms.

There is no easier way to ingest too much marijuana than by eating it. A common problem is that people don’t think it’s working, as the effects can take several hours to manifest. Likewise they eat more, and by the time it all hits, they realize they took too much.

The first thing to do if you or someone you know has ingested too much marijuana is to calm down. There is no such thing as a fatal marijuana overdose. You will not stop breathing and your organs will not shut down. Cannabis simply does not work that way in the body.

What can you do about it? Here are some practical suggestions:

Sleep It Off – The best thing you can do when you have ingested too much marijuana is to go to bed and sleep it off. Unlike over indulging in alcohol, you won’t even have a hangover when you wake up.

Drink Something – Cottonmouth, a common side effect of marijuana use, is even more pronounced with edibles. Drink lots of water to counteract it and help you feel the extreme effects less.

Eat Something – Eating marijuana edibles on an empty stomach can definitely make their effects more pronounced. Unless you are feeling sick to your stomach, try eating something non-medicated when you have had too much to help alleviate the symptoms.

Chew Peppercorns — Believe it or not, peppercorns can counteract the effects of too much marijuana.  This is due to similar terpenoid profiles and how the two plants interact with each other, but the bottom line is, it works!  Try chewing on 2 or 3 peppercorns for a few minutes when feeling too high.

CBD to the Rescue! – For almost instant relief, ingest some CBDs! Cannabidiol, marijuana’s second most famous cannabinoid, can counter the effects of it most famous cannabinoid, THC. Bhang makes a CBD breath spray that, besides imparting all the medicinal benefits CBDs are known for, also can act like a rescue inhaler for those who have consumed too much marijuana. A few sprays and you will almost instantly feel yourself starting to come down from that uncomfortable high. If you don’t have CBD spray try, smoking or vaping a high CBD strain of cannabis instead.