Trending
You are at:Home»Education»Cannabis or Marijuana, Stop Mincing Words! 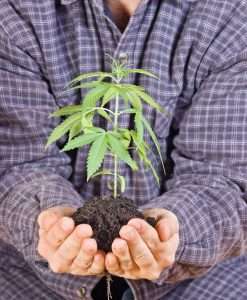 I used to constantly get calls at the THCF Medical Clinic I worked at from perspective medical cannabis patients telling me they are tired of taking all their prescription pharmaceuticals and they want to use a “natural herbal remedy.”

Give me a break! These people are not interested in using natural herbal remedies—they are not using St. John’s wort or chamomile. They want to use cannabis because they know it works. For some reason, though, they feel the need to dress it up in some kind of holistic, naturalistic mumbo jumbo. It’s cannabis they want, and it’s time we recognize this plant for its incredibly unique and beneficial properties that make it stand out amongst all remedies of any stripe.

Sure, cannabis is a natural herb, but claiming you want to use cannabis because it is a natural herb is like saying you want to drive a Maserati because it’s a car. Passing cannabis off as some beneficial herb is absurd and demeaning. It is way more than just another herb. Most herbal remedies are old-wives’ tales and the few that truly do have benefits pale in comparison to cannabis.

Herbal remedies are maligned by most medical doctors as Western medicine is science-based and utilizes peer-reviewed, evidence-based research to support conclusions. There is little evidence-based research supporting the claims of most herbal remedies. However, the virtual cascade of cannabis research over the last decade has forced Western medicine to once again recognize the medical and health benefits of marijuana.

In 1937, the American Medical Assn. was the only professional organization to testify against the removal of cannabis from medical use when Congress passed the Marihuana Tax Act, which essentially made cannabis illegal for any use. Under pressure from government law-enforcement agencies, the AMA later adopted the drug warriors’ “reefer madness” position of no accepted medical usage. With the AMA’s new vote now again acknowledging that there are studies demonstrating the medical efficacy of cannabis, the nation’s largest medical doctor’s organization is now timidly moving forward with reestablishing the accepted medical use of cannabis.

Although cannabis has been used for more than 5,000 years to treat pain, insomnia, nausea, depression and a host of other ailments, the reluctance to accept it as one of the most effective treatments for a litany of ailments is reflected in the continued use of all kinds of weasel words when speaking of its benefits.

A study released in August 2009 vividly demonstrated that long-term use of cannabis can cut the risk of developing head and neck cancer in half. Yet the authors of the study still felt they had to say that the risk of cannabis use may still outweigh this anti-cancer benefit, even though there is not a single study out there that shows any significant risks. This is especially true when comparing the minimal risk of cannabis use to reducing the risk of developing cancer by half. These same researchers also felt compelled to intone the old mantra that “marijuana is an entry-level drug and can be associated with later use of more serious addictive drugs, as well as other risk behaviors,” even though there is plethora of studies rejecting such conclusions.

This denigration of cannabis is ubiquitous and beyond belief and we need to put an end to it. Everyone, from patients to researchers, has to stop caving into political correctness and the fear of censure by law enforcement, elected officials and anti-harm reduction drug warriors. We need to loudly proclaim the truth about cannabis—that, as in the words of DEA Judge Francis Young, “marijuana, in its natural form, is one of the safest therapeutically active substances known to man.”

If we are ever to get cannabis widely accepted and overcome all the naysayers and pussyfooters, we need to stop mincing our words and start spreading the word!