Trending
You are at:Home»Senior Stoner: About Us

Senior Stoner is  a production of Z-Dog Media LLC.

Mitch Mandell started his career in advertising and over the years he’s worked on accounts as diverse as Apple, Taco Bell, and Nike.  But of all his projects, he’s most proud of FabulousFoods.com, a web site he started with business partner Cheri Sicard. Mitch handled the duties of a publisher, insuring that the site looked great, functioned well, and made a profit.  For nearly 10 years as publisher of FabulousFoods.com Mitch built the site from nothing, to over 5 million monthly page views garnering a top 10 placement as rated by Alexa.com.  Building upon this success Mitch sold FabulousFoods.com, and its spin-offs, FabulousLiving.com and FabulousTravel.com to Atomic Online.

When it comes to new media Mitch is a “jack of all trades,” a skill that lead him to success as the senior project manager for the Lexus auto website for over five years.   In earlier days as a broadcast producer/project manager at Chiat/Day, Inc Advertising, Mitch learned all the disciplines needed to create award-winning media.  He was responsible for projects, from conception to completion which requires the ability to work with creative types, technical geeks, and business minds while achieving the needs of the client. His success in these endeavors allowed him to work in top advertising agencies for more then 20 years while simultaneously starting and maintaining a media business. 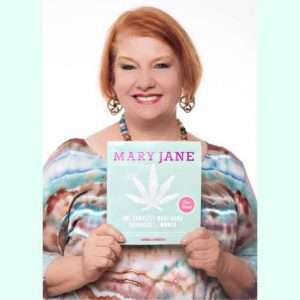 Had someone told Cheri Sicard back in 1996, when California’s Prop 215 first legalized marijuana for medicinal use, that she would become entrenched in the cannabis movement and become an outspoken marijuana advocate and author, she would not have believed them.  Other than the rare toke at a party, Cheri didn’t use marijuana.  It wasn’t until she was nearly 40 years old when her doctor suggested she try cannabis to help with a chronic nausea problem, that the herb became a permanent fixture in her life.

Worried she might still be doing herself harm, after all she had been raised on government funded reefer madness propaganda just like everyone else, Cheri put the research skills gained from her career as a freelance writer to work and discovered not only was cannabis helping specific symptoms, it was enhancing overall health.   On a roll, Cheri furthered her education by graduating from Oaksterdam University, the cannabis world’s leading educational facility.  In the course of about 6 months Cheri went from the typical closeted American marijuana smoker to an outspoken cannabis advocate, and she hasn’t looked back since. Now 57 years old, Cheri considers cannabis an important part of a healthy lifestyle and one of the most powerful weapons against the ravages of aging.

Along the way she wrote The Cannabis Gourmet Cookbook (2012, Z-Dog Media) and Mary Jane: The Complete Marijuana Handbook for Women (2015, Seal Press).  With the mainstream media and even retail acceptance of her last book, Mary Jane — the book is carried in Urban Outfitters among other retail outlets, Cheri went a long way towards breaking down some of the traditional stigmas that have long kept most women in the cannabis closet. She hopes to do the same for older marijuana users with Senior Stoner.

A well respected leader within the cannabis community, Cheri is especially known for her work with federal marijuana prisoners serving Life Sentences.  She is the founder and executive director of The Marijuana Lifer Project: Ending Life Sentences for Marijuana.

Prior to entering the world of cannabis, Cheri worked as a professional writer, recipe developer, and internet entrepreneur.  In 1996 she co-founded FabulousFoods.com (now owned by Atomic Online) with partner Mitch Mandell.  What began as a passionate hobby turned into one of the net’s largest and most popular cooking and recipe sites. Going back even further, Cheri began life as a circus performer, mentalist and magician, crisscrossing the country and the globe performing at nightclubs, amusement parks, and theaters. She was also one of the first female solo magicians/mentalists working at Hollywood’s famed Magic Castle and was in demand at LA parties and events before retiring her performance career in favor of writing and activism. 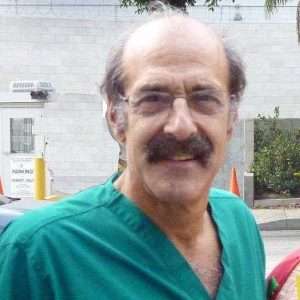 One of the most visible and vocal voices for marijuana reform in Southern California’s Inland Empire, Lanny served for 2 years on the Palm Springs Medical Marijuana Task Force, providing oversight on the drafting of the city’s local ordinance, the only city in this region to allow collectives to operate under their zoning laws.

Lanny is the former manager of the THCF Medical Clinic in Riverside, CA where he interacted with thousands of patients of all ages who used marijuana to treat a plethora of conditions.  In 2009, Lanny founded the Inland Empire Patients Health and Wellness Center in Riverside – a unique medical marijuana collective that operated a farmer’s market as part of its medicinal marijuana distribution system.

Borrowing a strategy that worked for LGBT movement, Lanny formed the Brownie Mary Democratic Club in 2012 to work within the Democratic Party to support the rights of medical marijuana patients, end marijuana prohibition, and stop the War on Drugs. The BMDC is the first cannabis club to be affiliated with a major political party. The club, one of only five statewide organizations chartered by California Democratic Party, looks to expand into every Democratic Central Committee in California and other parts of the United States. Lanny has served as a delegate to the California State Democratic convention for the last 4 years, and was appointed with observer status to Lt. Governor Newsom’s Blue Ribbon Commission on Marijuana Regulation and Taxation.

Lanny is also the host of “Marijuana Compassion and Common Sense” a weekly radio show that began life as on a local San Bernardino County station before migrating to the internet to find a broader audience. (www.blogtalkradio.com/marijuananews)